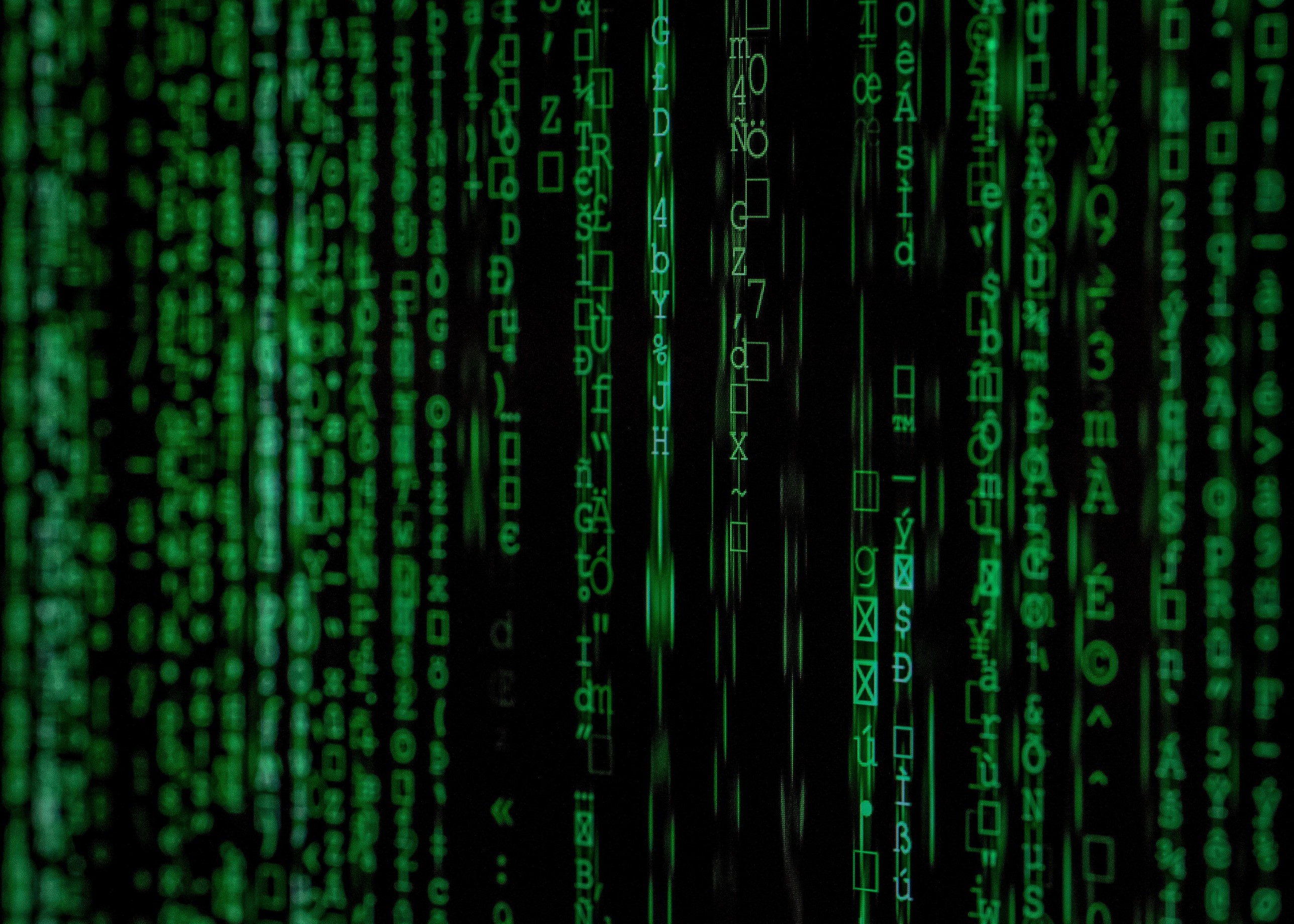 You probably keep your valuables under lock and key to keep them safe, but do you take the same care with your clients’ digital information?

Technological advancements provide lawyers with more efficient processes to store, transmit, process, and use documents and other data.

Many law firms use a variety of cloud-based law practice management software to draft or store documents, record or process their bills, or conduct any other professional activities. Even if your firm does not store any data in the cloud, what do you do if a desktop or laptop computer gets stolen or compromised?

By implementing and enforcing an appropriate encryption policy at your law firm, you can help reduce risk and avoid a costly—or even devastating—exposure of your clients’ confidential information.

Contract and document review are a long and time-consuming process, especially when doing so manually. Reviewing contracts requires a careful eye to avoid mistakes or to not miss a detail, as well as safely sharing the contract or document with the necessary parties. For these reasons, a wide variety of contract and document automation tools were created.

Why Does a Lawyer Need to Know About Data Encryption?

Lawyers are obligated to protect the confidentiality of their clients’ data, and law firms have to pay closer attention to confidentiality than the average business. If law firms do not secure their client communications and other data, they could violate the attorney-client privilege, lose clients, be subject to malpractice actions, damage their reputation, and possibly also lose their license to practice law.

From the ethics perspective, four rules generally govern the lawyer’s obligation to secure client data: “ABA Model Rule 1.1, which deals with competence; Rule 1.4, which involves communications; Rule 1.6, which covers the duty of confidentiality; and rules 5.1 through 5.3, which focus on lawyer and nonlawyer associations.”

For example, if California attorneys fail to take the proper precautions to protect client data, they violate their duties of confidentiality and competence. Similarly, Opinion 12-3 of Professional Ethics of the Florida Bar states, “[l]awyers may use cloud computing if they take reasonable precautions to ensure that confidentiality of client information is maintained, that the service provider maintains adequate security, and that the lawyer has adequate access to the information stored remotely,” and “[t]he lawyer should research the service provider to be used.”

These ethical rules essentially require that attorneys exercise “reasonable efforts” to prevent “inadvertent or unauthorized” disclosure and access to client information. These rules also require “lawyers to not only keep abreast of the law but technology, as well.”

For example, ABA Formal Opinion 477R recommends that “[a] lawyer should understand how their firm’s electronic communications are created, where client data resides, and what avenues exist to access that information.” The ABA’s Formal Opinion goes on to say that “[l]awyers must, on a case-by-case basis, constantly analyze how they communicate electronically about client matters.”

What Is Data Encryption?

Encryption in its basic form is a concept that has been in use for thousands of years. Ancient Egyptian, Hebrew, Greek, Chinese, Roman, and Arabic civilizations used various forms of encryption to send private messages and secure trade secrets, among other things.

There are now many complicated encryption algorithms and methods providing various levels of security in different circumstances. For example, one of the more common encryption algorithms—called Advanced Encryption Standard (AES)—was announced by the National Institute of Standards and Technology (NIST) in 2001 after a five-year competitive review process.

More in-depth discussion of encryption types and methodologies is beyond the scope of this article.

Most people are aware that information sent across the Internet carries a risk of being intercepted by third parties. Data sent across the internet or inside an office network is called “data in transit.”

Because data in transit can easily be intercepted and read, this data is often encrypted. Encryption of data in transit—for example, from a web browser to a company’s website—is called “encryption in transit” or “end-to-end encryption.”

In general, “[e]ncryption in transit should be mandatory for any network traffic that requires authentication, or includes data that is not publicly accessible,” writes Casper Manes for Tech Talk. However, because so much of a law firm’s data necessarily contains confidential and privileged information, lawyers should pay special attention to this issue.

Encryption in transit is most frequently seen with websites. When you visit a website, do you look to see if the website address begins with HTTP or HTTPS? The letters “HTTP” stand for Hyper Text Transfer Protocol. The “S” stands for secure. When visiting a website, make sure you use the secure version, because HTTP websites do not have encryption in place to secure data sent across the internet to and from the website.

Web browsers like Internet Explorer, Firefox, and Chrome also display a padlock icon in the address bar to indicate that a HTTPS connection is in effect. Looking for the padlock symbol is the easiest way to know if you are on a secure site.

When working with different online service providers, lawyers should make sure the vendors and their apps use encryption in transit or end-to-end encryption.

However, lawyers should also be aware that encryption in transit only protects data when it is sent from their browser to the vendor’s website, and not at any other time.

Many people do not realize that the inactive, saved emails, documents, and other data on their devices, called “data at rest,” also carries the risk of being subject to a data breach.

Encryption of data at rest is frequently used to protect information stored on hard drives, thumb drives, laptops, and mobile devices while those devices are not turned on, or being used or accessed.

According to John Spacey, “Where it is common for firms to encrypt data in transit because this encryption is visible to customers, in some cases firms skip encryption of data in rest.”

“Physical access can get past file system permissions, but if the data is stored in encrypted form and the attacker does not have the decryption key, they have no more than a useful paperweight or a drive they can format and use for something else,” writes Casper.

For example, if you have sensitive information saved to a desktop computer or laptop and you lose your device, whoever finds your computer can easily access its files if they are not encrypted—even if you password protected your account.

Hackers find data at rest an attractive target because the often-unencrypted files contain valuable financial information and employee data. If a lawyer’s desktop computer, laptop, tablet, or mobile phone is stolen, the results can be even more disastrous.

According to legal software provider Clio, “41% of all data breaches between 2005 and 2015 were the result of lost devices. A laptop is lost or stolen every 53 seconds. Roughly 70 million smartphones are lost each year—and only 7% are recovered.” In fact, a 2009 Intel study revealed “over 12,000 laptops are lost or stolen every week at U.S. airports alone.” No one plans on losing a device, and you never know when it will happen to you.

“Full disk” encryption is a type of encryption at rest that helps deter unauthorized exposure of confidential data if the storage device is lost or stolen. By enabling full disk encryption on desktop computers, laptops, and other devices that contain client communications and other data, you can significantly increase the security of valuable client information.

Most new computers, laptops, tablets, and mobile phones provide a means to fully encrypt the digital storage on the device. For example, Microsoft Windows 10 Professional and higher versions come with a feature called BitLocker that allows you to fully encrypt the entire drive. Apple uses a feature called FileVault for the same purpose. Android also offers full-disk encryption.

Many online service providers advertise at rest encryption, which is helpful. However, many also advertise up times of 99% or more, meaning their systems are almost always on and available for use.

This, in turn, means that the data stored with the online service provider may almost always be accessible, even to an unauthorized hacker.

What can be done to protect law firm data when it is stored in an online service provider’s systems?

File-level encryption allows each file on your computer, phone, or in cloud storage to be separately encrypted. According to a MyDiamo article, “‘File encryption’ is the best choice for only taking into account of high security and required additional functionality for security.”

With file-level encryption, attorneys can ensure that their confidential information can only be accessed by using a password or key. This provides a secure method of storing files but it also means the file can be securely emailed or otherwise sent to another person who also has the password or key.

There are many different tools for encrypting your files. For example, VeraCrypt is a “strong tool that’s simple to use and to the point,” and is completely free. Another popular tool called GNU Privacy Guard (GnuPG) has a variety of different implementations and is also free. A third tool called AESCrypt has been called “the absolute most simple way to encrypt virtually any file quickly and easily,” and is also free.

These and other similar tools can all be used to securely store sensitive files on a computer, thumb drive, phone, or even in cloud services like Dropbox, Box, Microsoft OneDrive, and Google Drive. In addition, there are a number of different services like Encrypto, BoxCryptor, Sookasa, and Cryptomator that specialize in providing encryption for cloud storage.

File-level encryption works great for file storage, and for emailing or otherwise delivering electronic files to different people. But how can confidential law firm information be protected when it is stored in an online billing or practice management system?

When data needs to be stored in an online billing or practice management system, “application layer” or “app level” encryption offers the highest level of security.

“Given that data is encrypted before it is written to the server, a hacker would need to have access to the database contents as well as the applications that were used to encrypt and decrypt the contents of the database in order to decrypt sensitive data,” as stated in “Database Encryption.” In fact, network security solution company Barracuda Networks, Inc. opined that “[a]pplication layer encryption is the only reliable mechanism to guarantee against malicious tampering of such data.”

With application layer encryption, even if an uninvited party somehow breaches the online billing or practice management system, the hacker would still not be able to access your data because it is entirely encrypted within the application system.

The attorney ethical rules and guidance are flexible in order that the general principles can evolve with new technological innovations.

As an attorney, understanding who can access your data as well as where threats to data security come from is crucial.

By educating themselves, lawyers have a better chance of using the right security and thereby preventing data breaches. Attorneys who are not up to date on available technological advances might miss out on innovations that could improve—and perhaps even save—their practice.

This article was first published in Law Technology Today on 7/18/2018.